Sherborne Town Band, during its 50th year, achieve 3rd place at this year’s West of England Championships (part of the National Brass Band Championships of Great Britain). The band – who have recently celebrated their Golden Jubilee – on Sunday 11th March went to Torquay to play in their section at the annual brass band contest. The band played a piece of music called ‘The Devil in the Deep Blue Sea’ by Derek Bourgeois and competed against other brass bands in the South West area, such as Bournemouth, Camborne, Flowers, Woodfalls, St Austell and St. Dennis. The band have been competing in the Championship section (the highest of the brass band sections) for a number of years now, but have not achieved a result as high as this ever before! 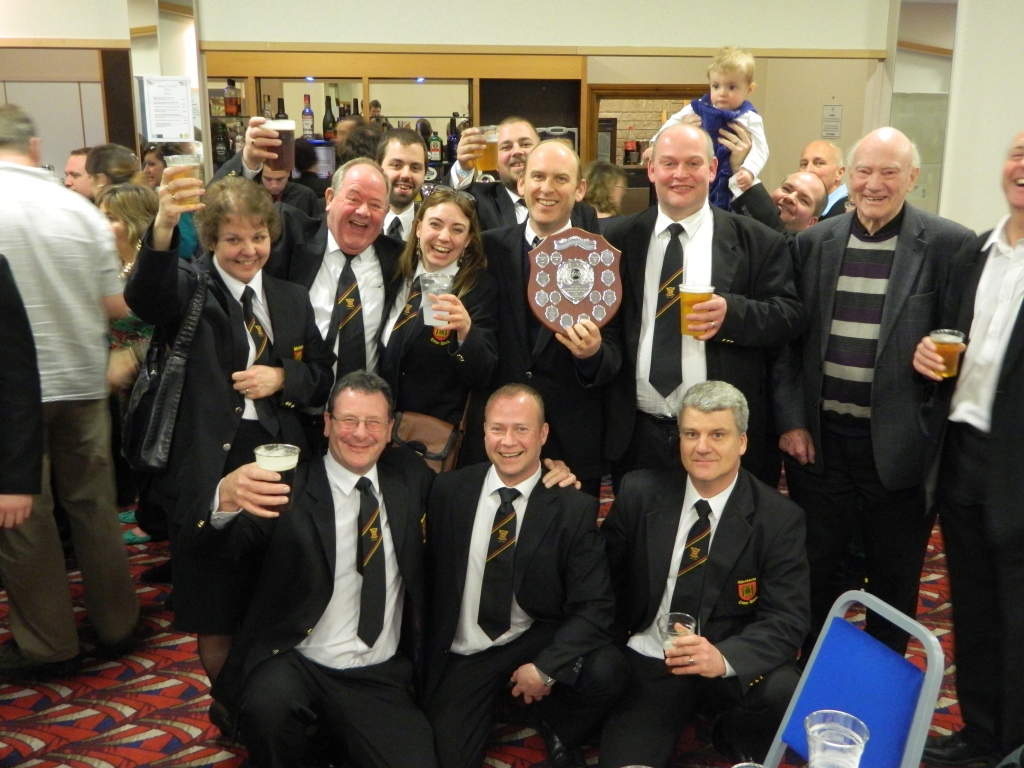 It was a delight to hear the adjudicators announce that  Sherborne Town had won the 3rd prize in the Championship section –  the band and its supporters roared and cheered from the audience, almost in  shock as they realised what a fantastic achievement the band had made, to  achieve their highest ever result.  The band had been rehearsing the  test-piece for months, under the baton of Music Director Paul Cosh – tiresome  and long practice evenings, alongside hard work and commitment from band  members have obviously paid off on this occasion, as the Town Band celebrate a  much deserved win!

The band’s Chairman, Sean Beechey, summarises: ‘What a great result  Sherborne Town Band had on Sunday, coming 3rd in the West of England  Championship section; all our hard work has been royally rewarded. A good  result, a great band and fantastic people!’